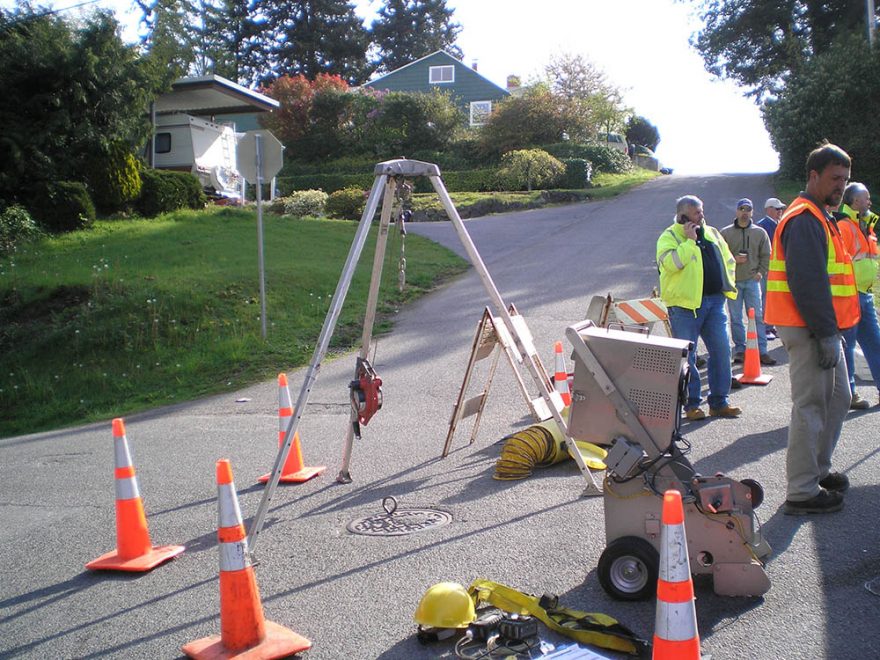 Seattle’s wastewater treatment plant is in the process of getting back to normal operations after a recent equipment outage led to a massive sewer overflow. The facility encountered large-scale flooding causing extensive damage to an underground network of pumps, motors, and electric panels. The 32-acre West Point Treatment Plant is on the shores of Puget Sound next to Seattle’s largest public park. The costs associated with the flooding related damages include approximately $25 million in repairs. The Plant is expected to be fully operational by the end of this month. Wastewater at the Plant is treated and released through 300-foot-deep emergency pipe designed to diffuse the waste into rapid currents. The facility typically handles about 90 million gallons a day. During the failure, because of heavy rain, the system was at nearly 440 million gallons.

The city is now turning to a natural solution to manage its stormwater challenges. This initiative will create space between sidewalks and curbs, in order to be filled with very small marshlands within its urban landscaping. The city would like local businesses to incorporate new storm water treatment systems into their landscapes, as well. The effort is also intended to reduce pollution in the lake. The marshy landscaping includes a diversion vault, which diverts the storm water underground, and a swirl concentrator, also stored underground. The concentrator will spin the stormwater to remove large solids into a sump, and a new storm drain.

Looking for a local event? If you’re interested in learning more about shellfish, this event is for you- Penrose State Park’s ShellFest will take place on Sunday, April 30. There will be various informational stations to help promote clean water. You’ll find exhibits, children’s activities, beach walks and education on restoring and protecting shellfish beds in Puget Sound and the coast. Interestingly, Washington became the first state in the nation to establish a shellfish initiative to strengthen the health of shellfish resources and aid in the responsibility to boost the state’s economy.